After ten months of hard work, we’re extremely happy to announce that we’ve removed the authentication and made the documentation public. This change will make sharing and collaboration between different teams and third party vendors much easier. This is also a chance for us to be more transparent towards our users and share the work-in-progress.

We’re also excited to see continuous rise in the adoption rate of Duet inside LocalTapiola and Turva. We follow this with a Node.js based tool that we’ve built. The tool automatically measures Duet’s adoption and utilization levels across our product portfolio, and helps us understand where and how the system is being utilized and how it affects the work of different teams.

At the time of writing, thirteen product teams utilize Duet directly in their app. Four out of those thirteen teams already have most of their frontend UI using Duet’s packages instead of custom built solutions. This quick adoption rate has somewhat affected our pace developing new features as we’ve had to provide a lot more support to our users. This is a very positive problem to have though!

Remember, if you have any questions or problems, don’t hesitate to contact us directly. We’ve also created a comprehensive FAQ page that should answer some of your questions as well. 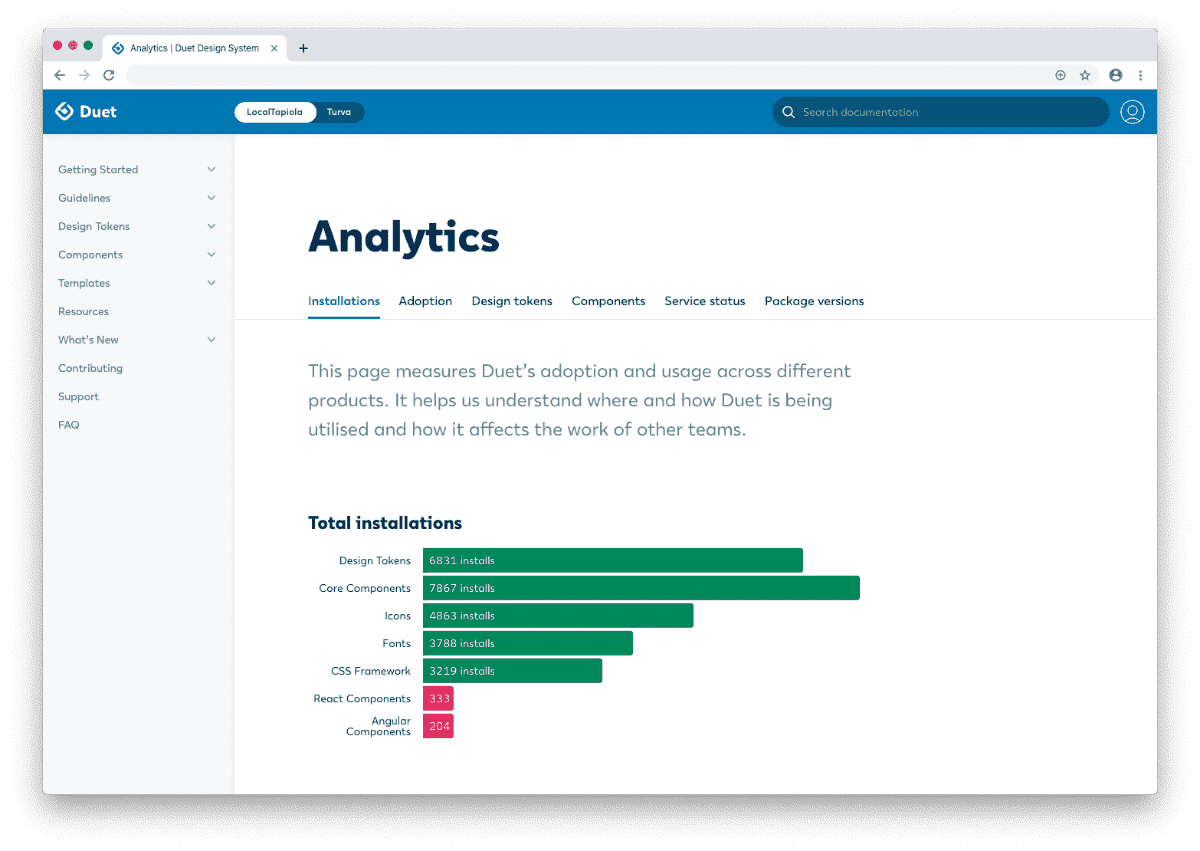 The above screenshot reveals a tiny portion of our statistics tool. This graph shows the total installations of our core packages. This is probably the least important information in the whole tool, but fun statistic to have nevertheless.

We’ve been working on a new interface and brand typeface since early 2019 together with type designer Kostas Bartsokas. The typeface, called LahiTapiola Sans, is now ready and downloadable from typography page. 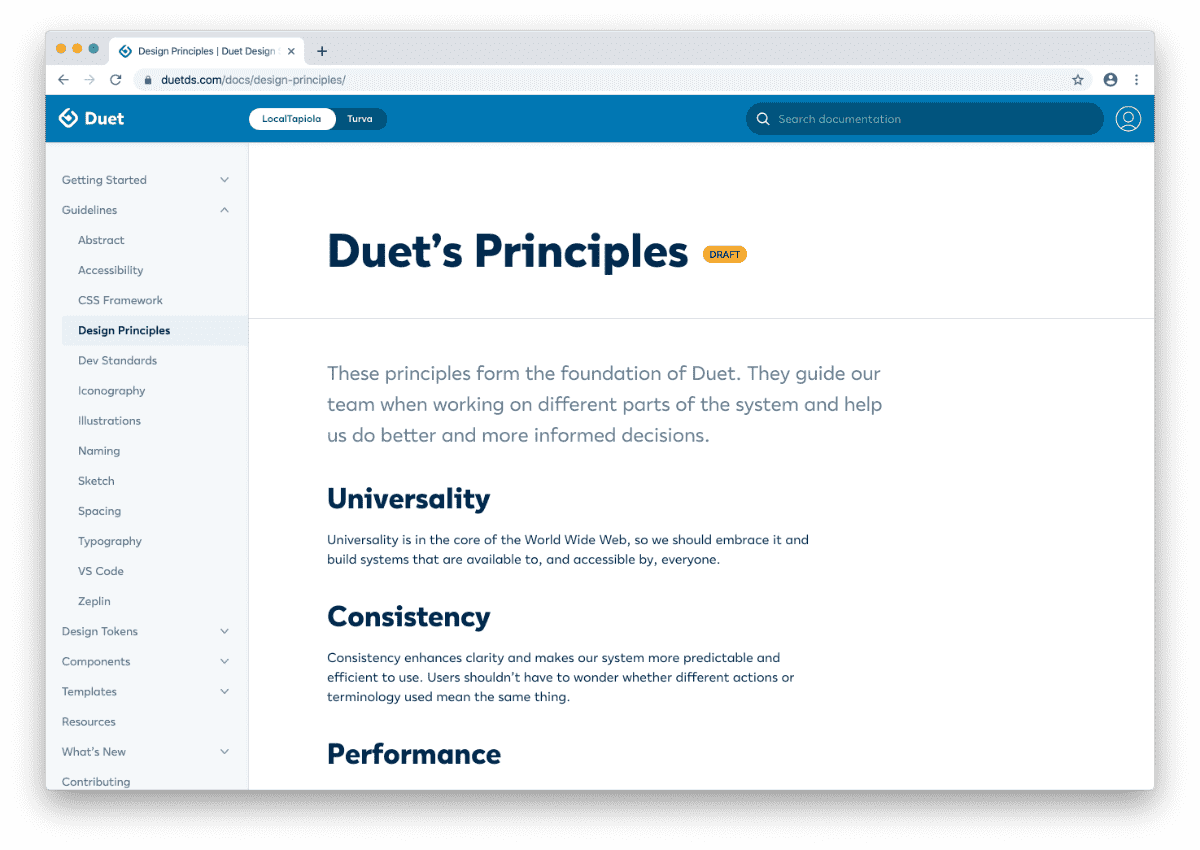 Design principles form the foundation of Duet. They guide our team when working on different parts of the system and help us do better and more informed decisions.

To make it easier to use Duet’s Web Components on different frameworks, we’ve created React and Angular specific wrappers. This means you now get the ability to use for example ngmodel on inputs and other form fields.