You’re reading the eighth Duet monthly update. Last month we asked from our users how we’re doing and what we could improve. We’ll share some of the results in this post.

In the beginning of May we sent out a user research survey to 106 Duet users. Roughly 55% of the people we reached out to answered our survey, which we consider a pretty solid number. We used Duet’s existing Web Components to build the survey and made the form save results onto a sheet file on submit. 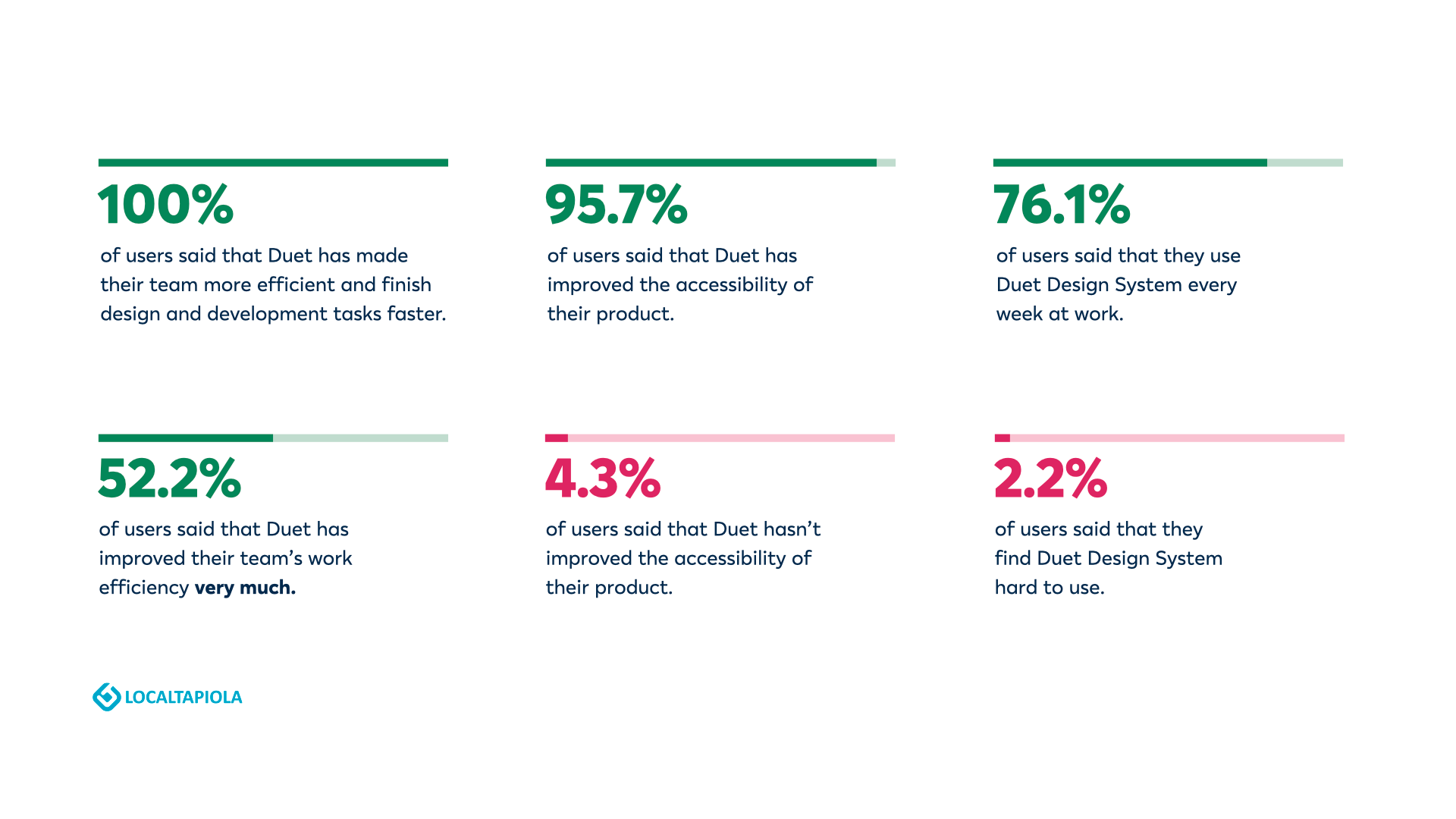 Combining the answers into an easy to digest charts:

I think Duet is one of the best and most comprehensive (still not being bloated) design systems out there. Personally I'm not a fan of using t-shirt sizes in spacing or font size scale, but I also see the reasons behind using those. Naming is always hard.

The whole system really is wonderful and helpful, and am very happy with it. Since we have lot of projects and developers working, maybe the support system can be increased with a resource or so. Suppose if we have critical issues having dependency with duet fixes in multiple projects and a release nearing, it becomes a bit difficult.

Components should have more slotted contents rather than too many properties. This makes components more versatile and interfaces simpler.

Duet now has a production ready Content Delivery Network. Some of the benefits of our CDN include: better performance for users, better scaling during heavy traffic, decrease of infrastructure costs due to offloading. 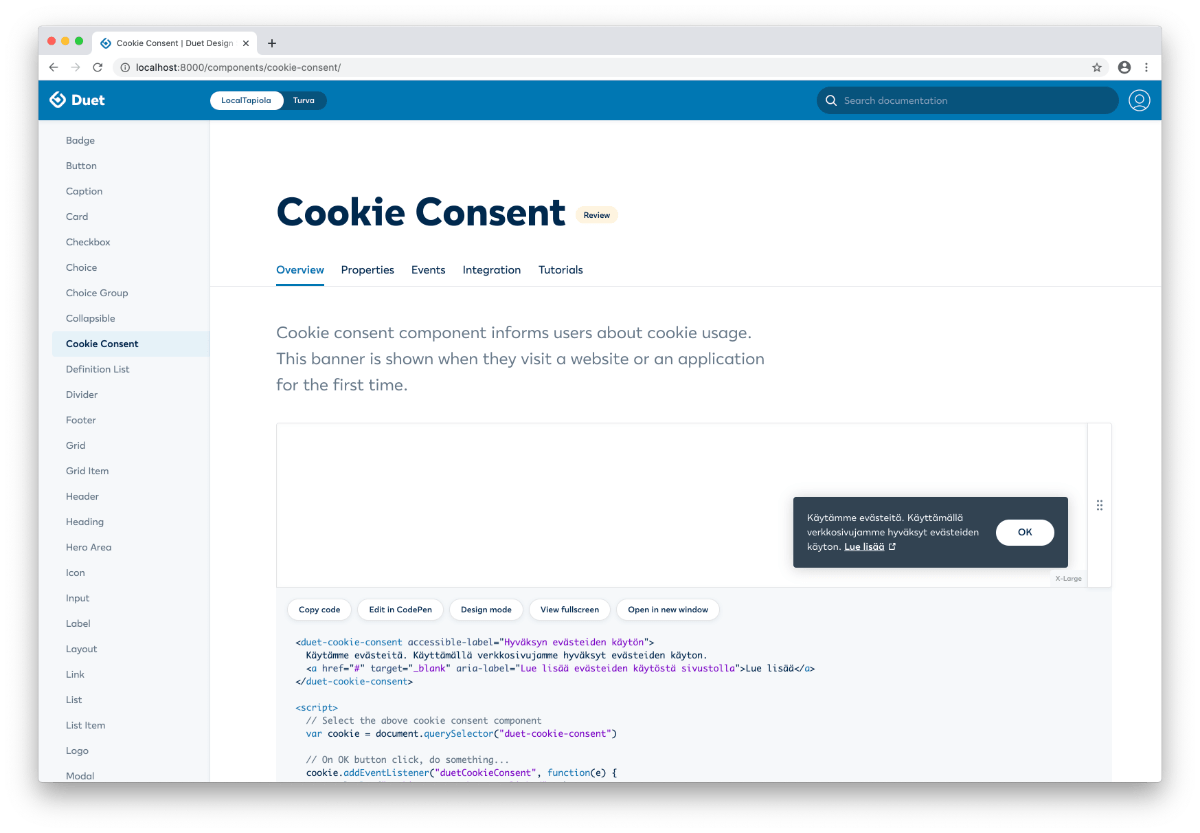 Cookie consent informs users about cookie usage. This banner can be shown to users when they visit a website or an application for the first time. 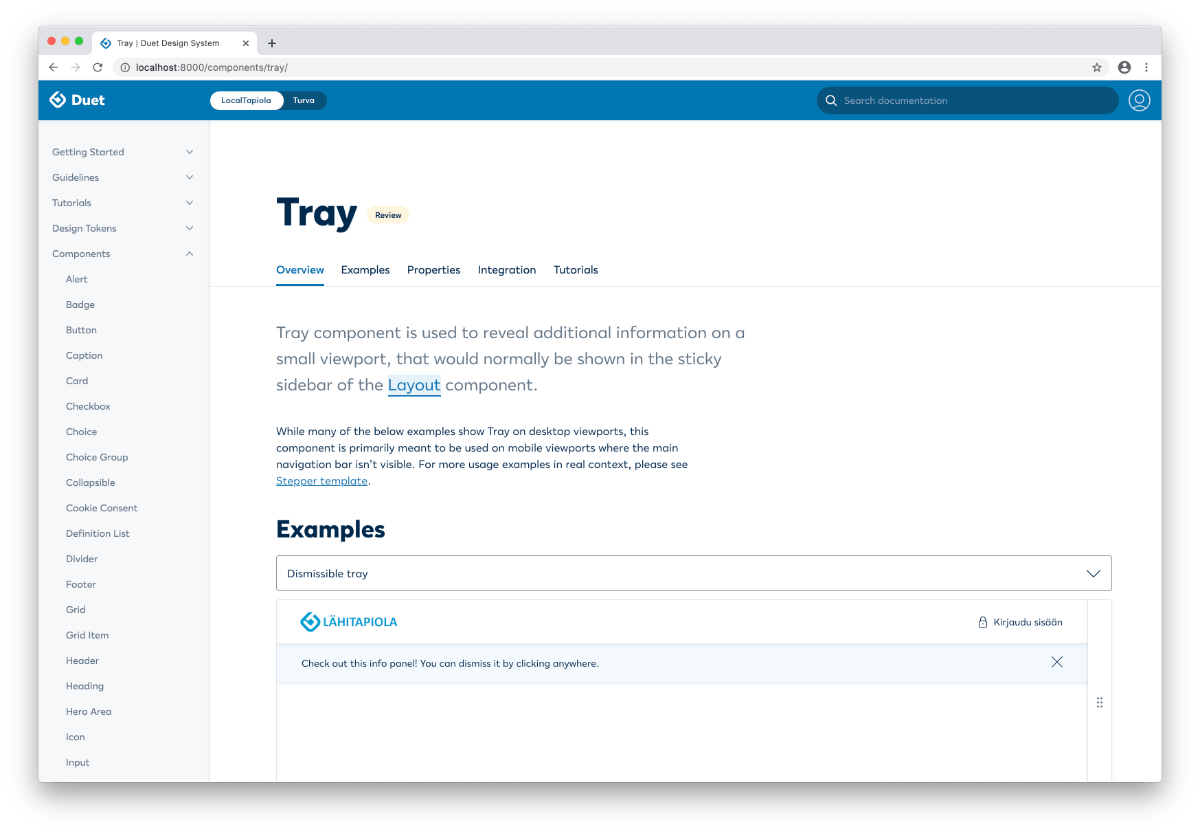 Tray component can be used to reveal additional information to an user on a small viewport, that would normally be shown in the sticky sidebar of the Layout component.